he Japanese spiker Yuki Ishikawa is officially the new acquisition of the Sienese club of Giammarco Bisogno.
A sports idol in the country of the Rising Sun, Yuki has already made a name for himself in Italy where he made his debut with Parmareggio Modena in 2014 then went on to Top Volley Latina with whom he has played since 2016.
So three Italian seasons in SuperLega for the twenty-two year old Japanese player (Okazaki City JPN, 1995) in four years, one of which was spent at Chuo University to finish his law studies. A World Cup with the Japanese national team and fame as an idol of the crowds so as to gain a leading role in the media campaign for the launch of the 2020 Olympics in Tokyo.

Before his arrival in Italy, Ishikawa (height 1.91 m and weight 84 kg) has played top volleyball in Japan ever since high school in his school teams and then in his University one which, in practice, competed for the Japanese championship.

Ever since he was very young, Yuki has been linked to the national team: he was called up in 2014, in view of the Rio Olympics in 2016, and became the youngest Japanese athlete to wear the colours of his national volleyball team. That same year he won the silver medal at the Asian Championships in Inchon (Korea), but it was in 2015 that he was named best spiker in the World Cup competition. The 2014/2015 season was that in which he came to know Italy, playing in Modena and achieving 28 points in 14 sets played and winning the Italian Cup for the category. With excellent ability both in offense and in receiving, Ishikawa has been playing for Top Volley Latina since 2016.

In 2017 the Japanese champion led his national team in the Asian and Oceanic Championship at Gresik in Indonesia, becoming protagonist of the victory against Kazakhstan and achieving the title of MVP of the event.

At the moment, Yuki is involved, like Marouf and Maruotti, in the Nations League, the world league with the 16 best national teams.

After Maruotti and the reconfirmations of Fedrizzi and Vedovotto, Ishikawa completes the battalion of blue-white spikers at the disposal of Coach Cichello for the new SuperLega season of Emma Villas Siena. 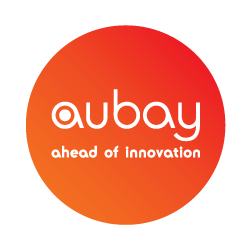